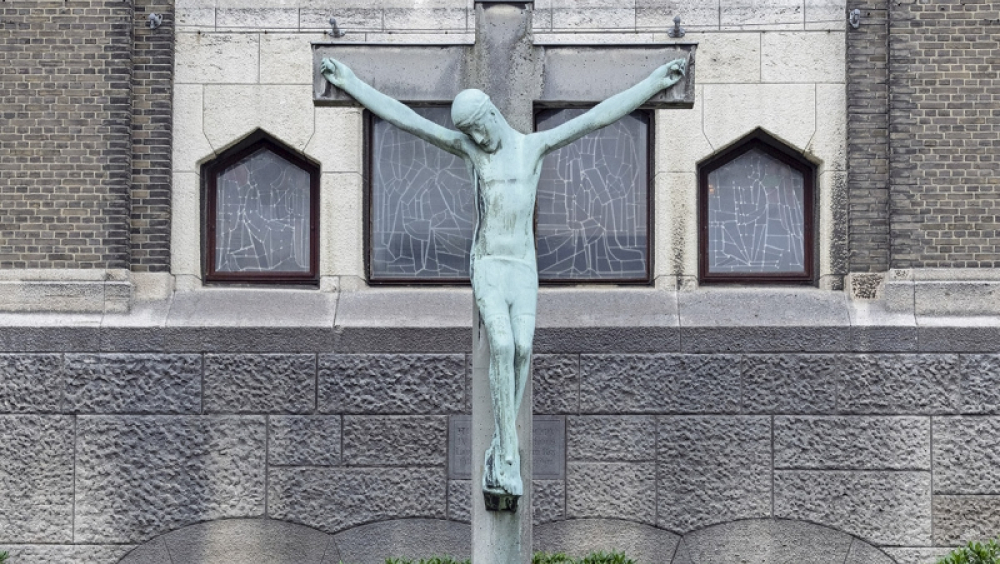 National Basilica of the Sacred Heart


Léopold II wanted to build a church that would surpass Sacré-Cœur in Paris. Although the first stone was laid in 1905, the church that we know today was designed by Ghent-based architect Albert van Huffel, the winner of an architectural competition organised in 1920. He was tasked with designing a church capable of holding 3,000 to 4,000 people with ten chapels representing the country’s provinces and the Congo. A magnificent example of religious Art Deco, the basilica’s dome measures 30 m in diameter and almost 90 m in height, while the front towers rise to 65 m. The vast indoor spaces are decorated with a combination of materials, including Burgundy stone, Dutch brick and terra cotta moulded into hollow blocks, glazed and baked in a kiln. Numerous artists collaborated on the creation of this colossal project. The sculptor Harry Elstrom created the four evangelists that sit atop the pillars of the doorway, as well as a cross and four angels praying above the ciborium of the main altar which is capped by a cone of hammered-copper tiles by Henri-Joseph Hollemans. The altar, lectern and cross in the choir were designed by Jacques Dieudonné, a Belgian artist based in France, the Millefleurs carpet beneath the dome was made by Élisabeth de Saedeleer, daughter of painter Valerius de Saedeleer, while the statue of the Sacred Heart, made from weathered bronze, was created by Georges Minne, one of the most brilliant sculptors of the 19th century, who also designed the large statue of Christ on the cross on the basilica’s exterior. The magnificent stained glass windows were created by master glass-makers such as Louis-Charles Crespin, Anto Carte, Jan Huet, Michel Martens, Jean Slagmuylder, Maria Verovert and Pierre Majerus. The building that houses the museum of the Black Sisters and a museum of religious art also serves as the setting for exhibitions and concerts.