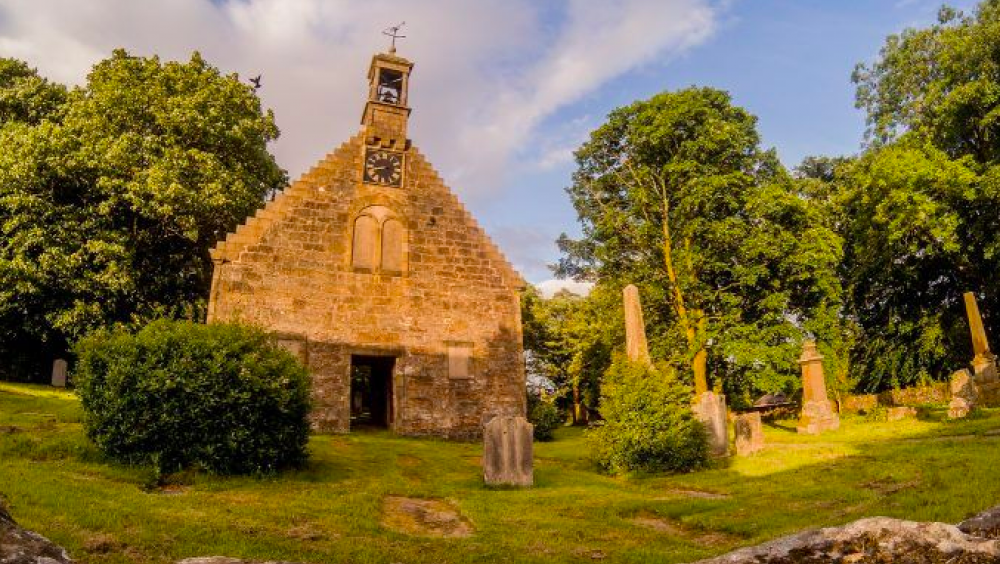 
5 September 2021 (11am-5pm) Renfrewshire Auld Simon is the clock tower at the
foot of Johnshill, Lochwinnoch. It is all that remains of the Kirk dedicated
to St John and sits within an historic graveyard where reside the graves and
memorials of many prominent families of the area. The Kirk of St John, and the
previous chapels and religious buildings, are the genesis of the village.
There is evidence of religious settlement on this site going back to the 11th
century. The existing building was added to the Kirk to repair a weathered
gable end and most likely constructed to accommodate a ‘Laird’s Chamber’ and a
gallery so that William McDowall, then owner of the Semple Estate, did not
require to sit with the local residents. There is evidence of fireplaces which
would have allowed him to retreat into warmth during any lengthy and cold
winter services. The bell in the tower which the clock mechanism strikes was
dedicated to McDowall’s wife, Mary, who died of smallpox only a few months
after arriving in Glasgow from their sugar plantations in the St Kitts and
Nevis islands of the Caribbean – the profits from which paid for the purchase
and development of the Semple Estate and the expansion of industry in growing
Lochwinnoch. The McDowall family were strong proponents of the Slave Trade and
in later years, William’s heirs fought against the abolition of slavery.
During a recent renovation of the clock, some school students of Lochwinnoch
Primary School were chosen by raffle, and wrote their names on the back of the
clock hands.
Key Information