A Selfie for Heritage in Romania

A Selfie for Heritage in Romania

Schoolchildren in Romania recently had an exciting new opportunity to explore heritage around them within the Education for Heritage project. Starting in autumn of 2017 and ending in January 2018, a national contest was organised in partnership with Romanian National Commission for UNESCO and as a reflection of European Heritage Days.

Titled SelfieHeritageYou - Cultural voyage in your city - looking for material heritage objectives, the contest invited students to send an artistic photo - a selfie in front of a heritage object in their city. Whether or not on the preservation list, the object needed to be something that the students, along with their teachers, considered important to their city.

Photos accompanied with short essays were sent from Constanta, Brãila, Galati, Câmpina, Buşteni, Braşov and Bucharest. The jury was made up of plastic art professors, an anthropologist, and a representative of the National Commission for UNESCO, Cristina Butescu. They chose the winners following a selection that proved to be quite difficult as the students showed concern for both making photos and documenting.

What impressed me as project coordinator was the fact that both high school students and pupils from elementary schools know what an important heritage object is, why it is relevant to a particular city, but also what its national value is. 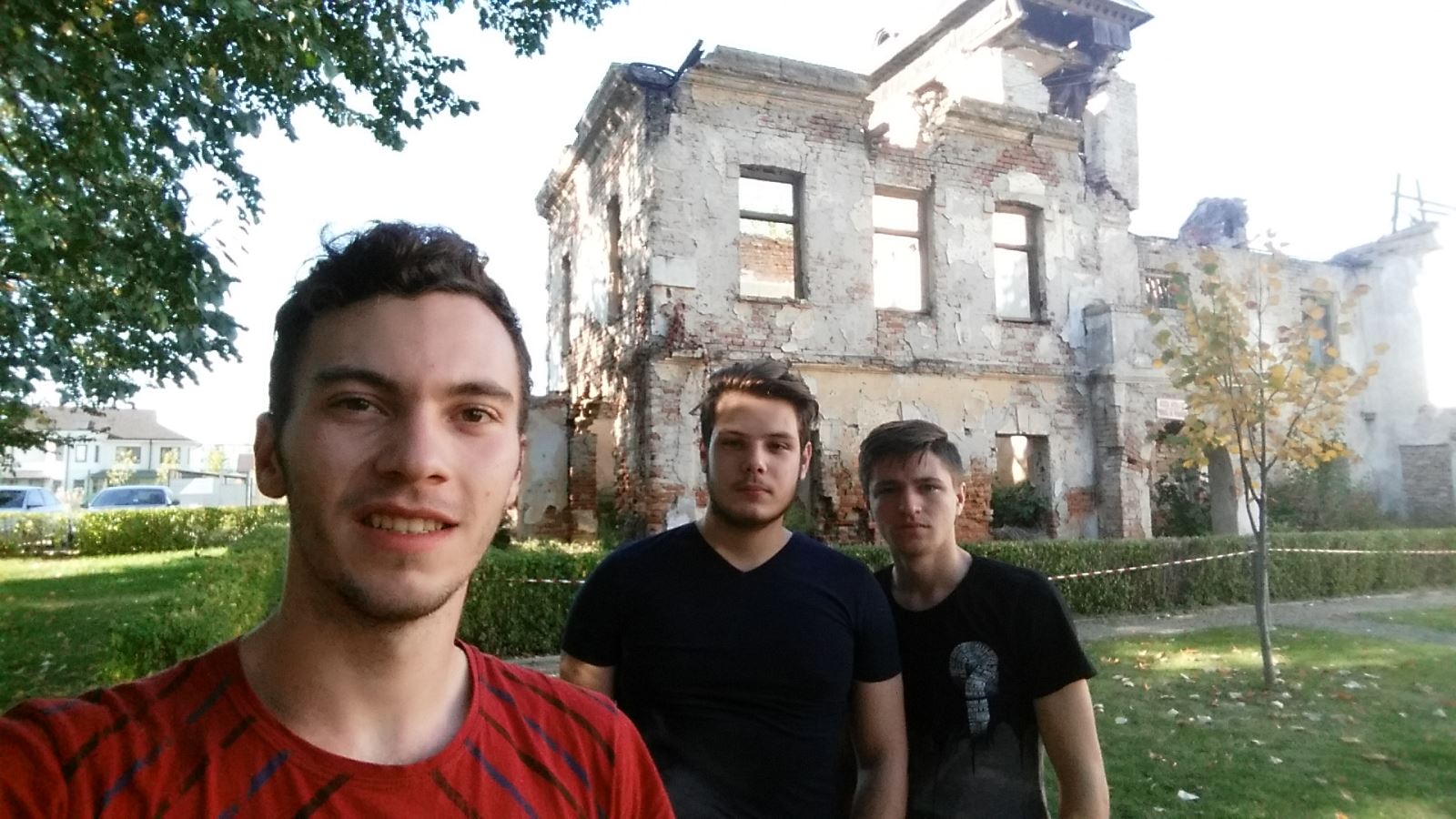 In a set of photos from Buzãu County, the Marghiloman Mansion was presented by students of the Technological High School - Henri Coanda Buzãu, Radu Adrian, Nicolae Rãzvan and Gogan Nicolae Gabriel. The students in the 11th grade managed to capture the state of degradation of this old Romanian manor.

The mansion was built between 1883 and 1887 by Iancu Marghiloman and subsequently upgraded by his son Alexandru Marghiloman. Today, the manor seems to have been forgotten by the authorities, although restoration work started a while ago.

Another interesting site that was explored within the contest is the Capsa House in Bucharest. The site was described in a beautiful story by Elena Burcea Andreea Valentina and Pavel Adriana from the "Dante Alighieri" Theoretical High School, Bucharest. The quote below is from this story that has an interesting name "Chez Capsa avec mon amie.” 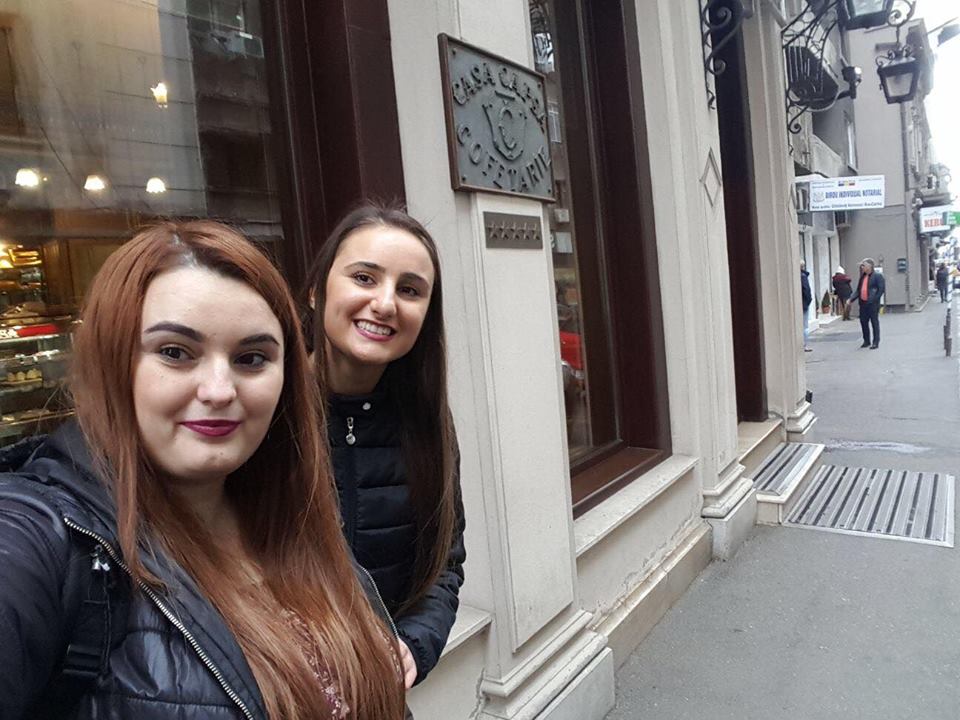 "On a sunny November day, I went with my girlfriend on a walk on Calea Victoriei, which is dominated by some of the most beautiful buildings in Bucharest and is a landmark of art and Romanian history with its three major museums: the National Art Museum of Romania, the George Enescu National Museum, and the Museum of the City Bucharest - Casa Filipescu-Cesianu. The Victoriei Boulevard is one of the oldest streets in Bucharest…

This is one of the places where the pulse of the city is so clear, the place where the restaurant and hotel Capsa are located today. Both are the propriety of the great minister Radu Slatineanu, who lived there at the beginning of the eighteenth century together with his sons.

The Capsa Brothers set out to open a pastry restaurant that was never seen in Bucharest before. They imported absinthe ("green mash") for the first time, as well as fresh pineapple in 1861 and forms for ice cream in 1863. They were also very preoccupied with the presentation of the goods, choosing special boxes from those of the other confectioners. In 1881, the restaurant and hotel opened. The restaurant room was only half of the size of the current one and had an entrance door on Edgar Quinet Street. It was cold and lined with red marble.

Because it was very dark, it was called "the tombs of the Pharaohs," alluding to the very wealthy people who were allowed to visit this place. This was the meeting place of members of Bucharest Anti-Communist party after a theatre or concert performance, while three "private" salon-rooms on Edgar Quinet Street, were reserved for all the foreign actresses and important people who would visit the city.

In Capsa dined the Barrison sisters, a beautiful American dancer Cleo de Merode laugh, Leopold II's girlfriend Blanche Toutain, and Sarah Bernhardt. At that time, the beautiful women stood out in the summer of Capsa's sidewalk. During the meals, only the "peeps" were passing by, smiling with a compliment or a request for "rendezvous.”

I thought the gentlemen of Capsa were happy people talking about horses, about women, about wines, business, and living in a world like a carnival night. They wore grey, monochrome, and pepper trousers, had a buttonhole flower, and they only spoke French. And then Capsa House became a supplier of the Royal Court of Romania, but this is another story. Capsa was and is more than a hotel, a pastry or a café ... In a certain way, it was the navel of the fair and its live chronicle.”

This is a fascinating tale of this place, told by two beautiful and talented high schoolers who discovered the original Little Paris.

Another interesting story was about the haunted Iulia Haşdeu castle told by Mitroiu Ştefania, an 8th grade student in Bucharest. The story is about the great love of the great Hasdeu for his young daughter Iulia. 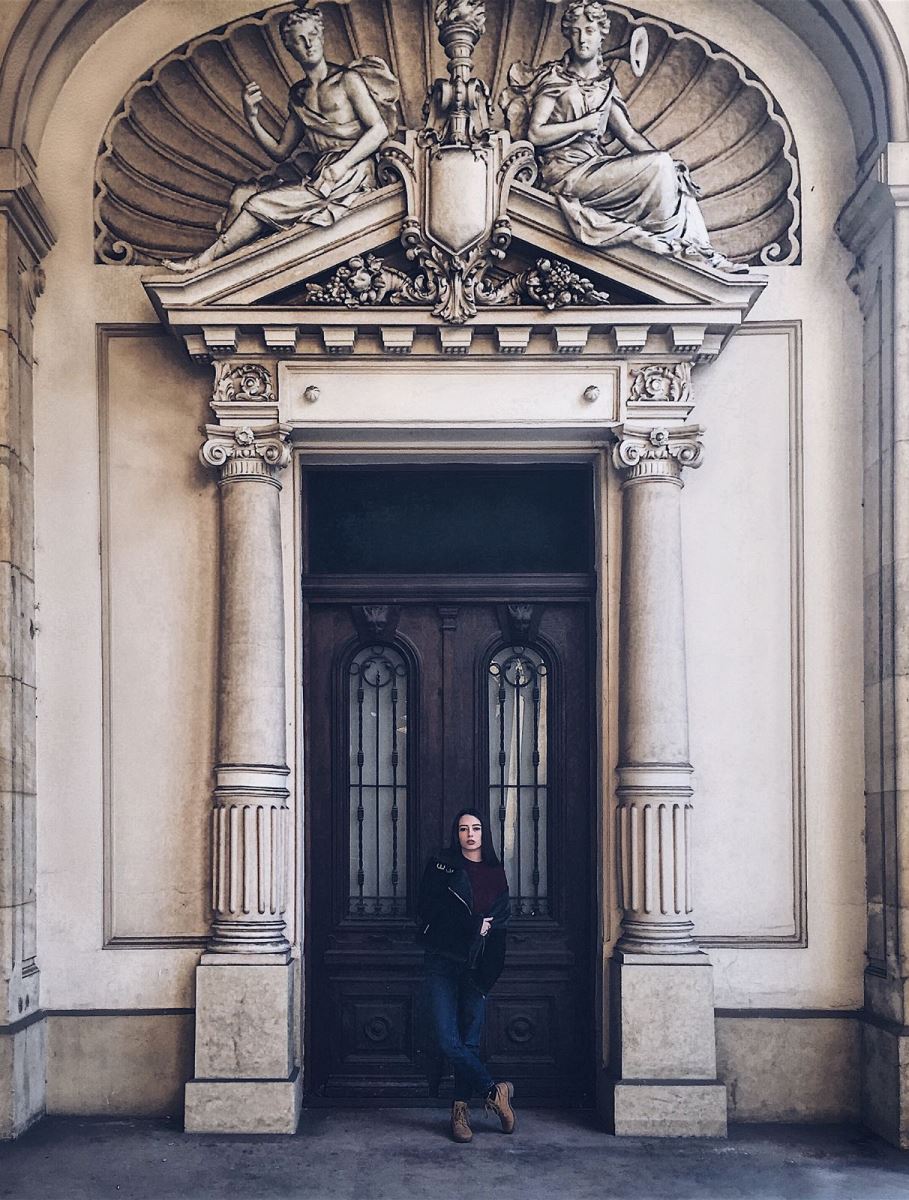 "Iulia Hasdeu was an early child, a miniature genius. At the age of two and a half, she was able to read, write at four, and compose her first poems at five. At the age of eight, she passed the primary school examinations and finished the St. Sava high school in Bucharest at 11. The little girl wrote children's and lyrical stories on historical themes just before she was seven.

In her teens, she knew three foreign languages, French, German and English, and wrote poetry, plays and stories. The camp in Campina, dedicated to Iulia Hasdeu, was the refuge for Bogdan Petriceicu Hasdeu after the death of his only daughter. The Castle in Campina is said to be one of the most haunted ones in our country. According to the legends, at night, Iulia Hasdeu can be heard singing at the piano, followed by her father's applause. In some nights, the old Hasdeu is said to come out on the window and roar like a wolf. "

The Peleş Castle, the Cantacuzino Castle, the Black Church in Brasov, the Constanţa Genoese Casino and Lighthouse, the Carol I Statue and the Arch of Triumph in Bucharest, the National Bank, the Stavropoleos Church and the Sarmisegetuza Dacian Fortress were also among the heritage objects documented in fashionable self-image photography by students.

With so many interesting works, the conclusion of the project is obvious. The interest of young people exists, they know and want to contribute to what is meant by active national culture, the one in which you imply and react subjectively, without intermediaries and sincerely.