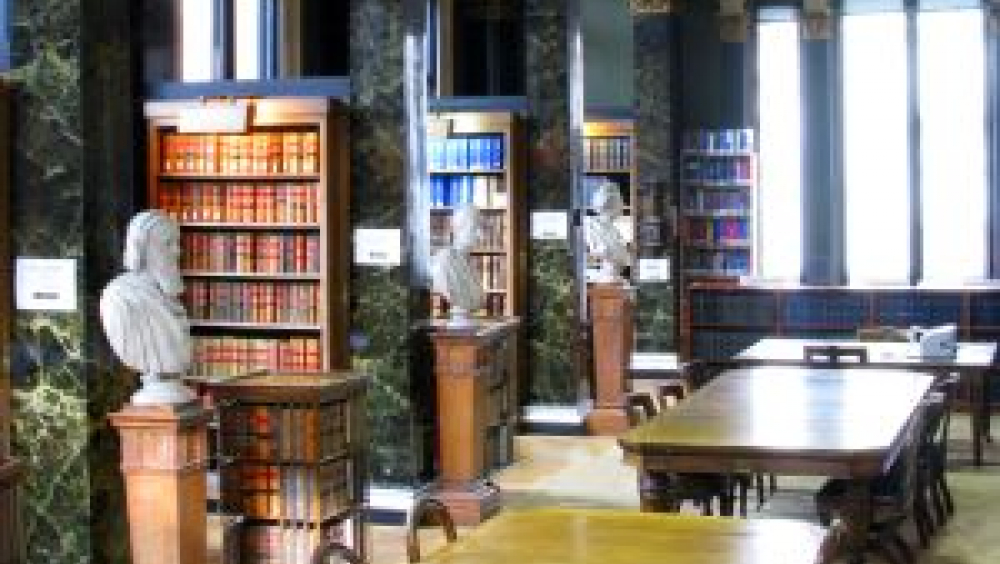 Royal Faculty of Procurators in Glasgow


18 September 2021 (12-4) Glasgow Doors Open Days Festival The Royal Faculty
of Procurators (or lawyers) in Glasgow has been in existence since before
1668. The building, into which the Faculty and its library moved in 1857, is a
two-storeyed building with three façades - designed by the architect Charles
Wilson in the style of a Venetian Palazzo. Wilson is also responsible for some
of Glasgow’s finest Italianate buildings. The keystones to the arches,
depicting the faces of eminent lawyers, were modelled by Alexander Handyside
Ritchie and carved by James Shanks. There are a number of different rooms
within the building including: The Faculty Hall which has been used for a
variety of purposes over the years, including auctions and Royal Faculty
lunches. The Small Library features the “bicentenary window” commissioned from
John K. Clark in 1996 and mortification boards around the balcony
commemorating bequests to the Royal Faculty’s charitable funds. The Main
Library which was described in the Glasgow Herald of 12 June 1857 as "one of
the most exquisite halls in the West of Scotland". Nine busts of notable legal
figures and former members of the Faculty add character to the library. The
building houses an extremely important collection of legal texts and is still
used as a working space by solicitors and advocates, consequently, it is
usually only open to members. Booking not required! Facilities Not Accessible
Architect: Charles Wilson Building Date: 1857