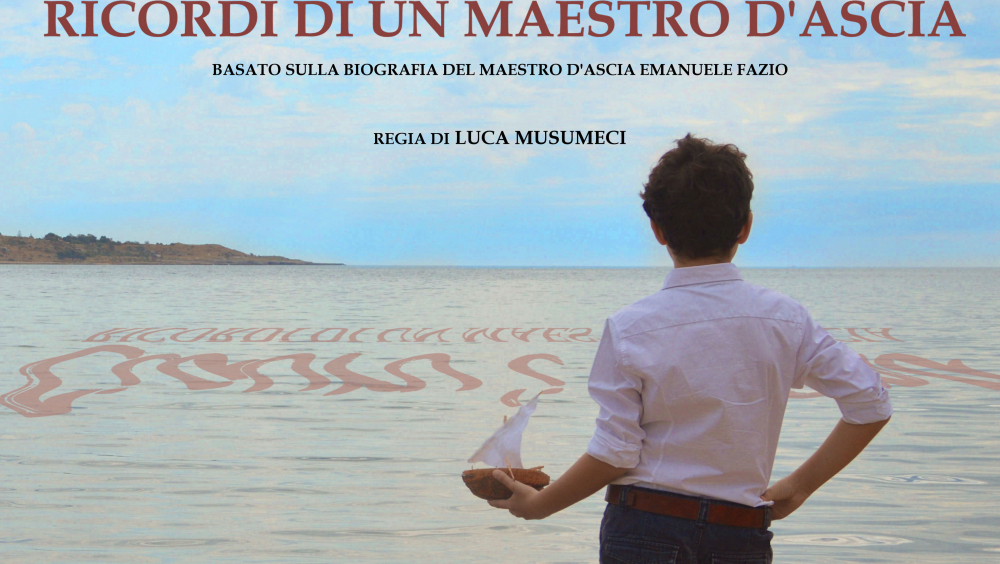 
The Augusta's Section of "Italia Nostra" Association has promoted a project called "Augusta, the arts and crafts of the seafaring", with the aim of discovering, knowing and disseminating the ancient form of wealth of the Sicilian city: fishing and the sea. The project involves the writing of a book, the restoration of an ancient Sicilian boat, built by a shipwright from Augusta and the creation of a docufiction. The docufiction was made. The title of the docufiction is "Ciauru 'i risina - memories of a shipwright" and tells the life of one of the last shipwrights of Augusta. Furthermore, the docufiction is not limited to telling the life of the shipwright, but expresses the history and culture of the Sicilian city, in the years in which the shipwright lived. The purpose of the docufiction, which we present at the "European Heritage Days", is to divulge the last century of Augusta's history, its traditions linked to the sea and its culture.

“Ciauru I risina - memories of a shipwright”, docufiction based on the story of Emanuele Fazio, was born not only with the aim of illustrating the life of the Augustan shipwright, but also to create an insight into the historical and working reality of Augusta, a city in the province of Syracuse. The city owes its importance, over the centuries, to the presence of an important port. The wealth of Augusta has been, and still is, taken from the sea, thanks to the production of salt, to fishing and to those sectors connected with it. The docufiction opens with some fishing boats, in the open sea, on which some men prepare for fishing and the nostalgic gaze of an elderly Emanuele, who observing the work of those men, remembers his past, where fishing and boats were the protagonists. In fact, Emanuele's father had given him a strong attachment to the sea since he was a child. So that child turned his passion into a real job: from carving cork boats, he soon moved on to working wood for the construction of large boats. Important events shaped Emanuele’s life. Among these was the 1945 bombing, which partially destroyed the town, causing most of the citizens to flee to nearby centers . The Fazio family found salvation near the town of Francofonte and at the end of the bombing, during which their house was destroyed, they took refuge with other people in the caves of the Brucoli Canal. When Augusta awakens from the sad war events, to which was associated, in the docufiction, a particular Augustan tradition that comes to life at noon on August 14, through the relief from the summer warmth given to the dead by means of jets of water, a symbol of rebirth and life, the Fazio family returns to the city. Thus the bells of the Cathedral, which had previously alerted the citizens of the arrival of enemy planes, now ring the resurgence of the city joyfully. Emanuele met Grazia Ruma, who in 1959 became his wife. The '60s show the carefree nature of the Augustan citizens, who with elegance walk in the beautiful Villa Comunale during a concert by the same Emanuele at the ancient music stage. But the shipwright's ambitions prompted him to move with his wife and children to Imperia. Here his luck and success will be his companions, allowing him to open his own construction site. The University of Genoa will summon Emanuele to transmit his ancient art to the young students. But the deep attachment to his native town, will push the master to return to Sicily. His hope is therefore that those ancient tools, which his hands had used to create wonderful works, will not remain objects linked to the past or museum pieces, but that they will be handed down to future generations so that the art of the shipwrights is not lost. On 5 September 5 1965 the Master, wanting to give a turning point to his professional life and not seeing in Augusta a chance to progress professionally suddenly decided to "emigrate" to Imperia in Liguria, a region always at the forefront of European boating. In Imperia Fazio created a vocational school and under his teachings dozens of students have obtained enrollment in the register and can now boast the title of shipwrights. In 2013 he decided to return to his Augusta, to pass on his precious experience to young people. Emanuele Fazio dies in 2020. He had the opportunity to see his life, narrated within the docufiction.


The goal of our project is to raise awareness and revalue one of the oldest existing trades and which today has been replaced by industrial manufacturing: the craft of the shipwright. Furthermore, we want to reflect on the history that our country has experienced, on the drama of the war and on the strength that citizens have had to resurrect, to regain possession of their lives and their work.