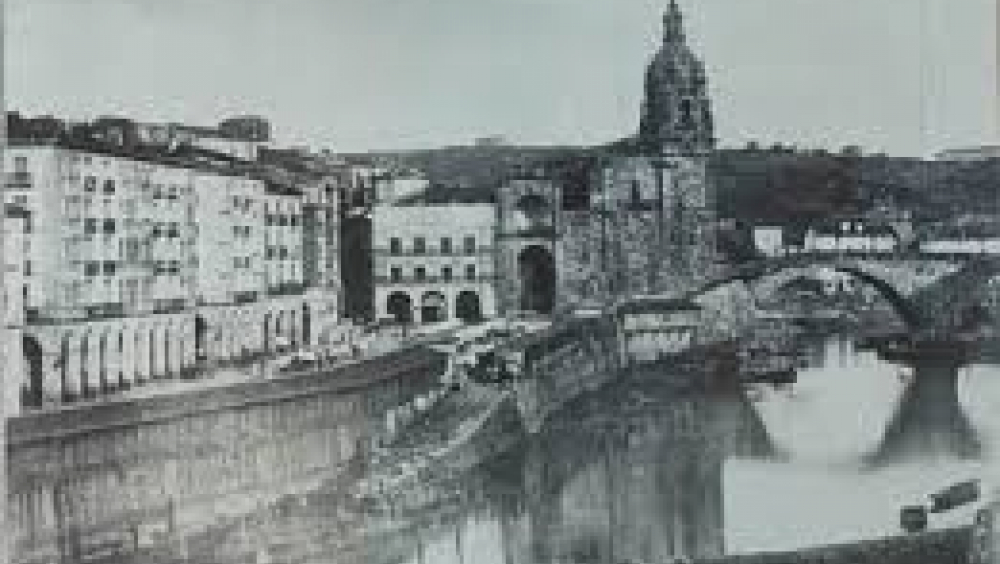 BILBAO: 1874. WALK THROUGH A BESIEGED CITY

We propose a guided tour through the old town of Bilbao reconstructing the events that took place between January and May 1874, when the Carlists laid siege to the city in the context of the Last Carlist War.

The didactic material of the activity will be several photographs of the period portray the atmosphere and way of life of a besieged city.
This is one of the first outdoor photo albums and also in a context as specific as the Carlist war, so are unique and highly illustrative documents. This material will be used to cover several of the points photographed and thus establishing a visual and historical dialogue between the present moment and the past, showing how the everyday and the exceptional live together in a context of war.

The objective of the activity revolves around knowledge, transmission
and explanation of uncomfortable and violent pasts, in this case a
civil war, to educate for peace and dialogue in today's societies.
It is also intended that this educational work will lead to a greater
heritage awareness of the remnants of the conflict that are still
preserved, thus ensuring their conservation.