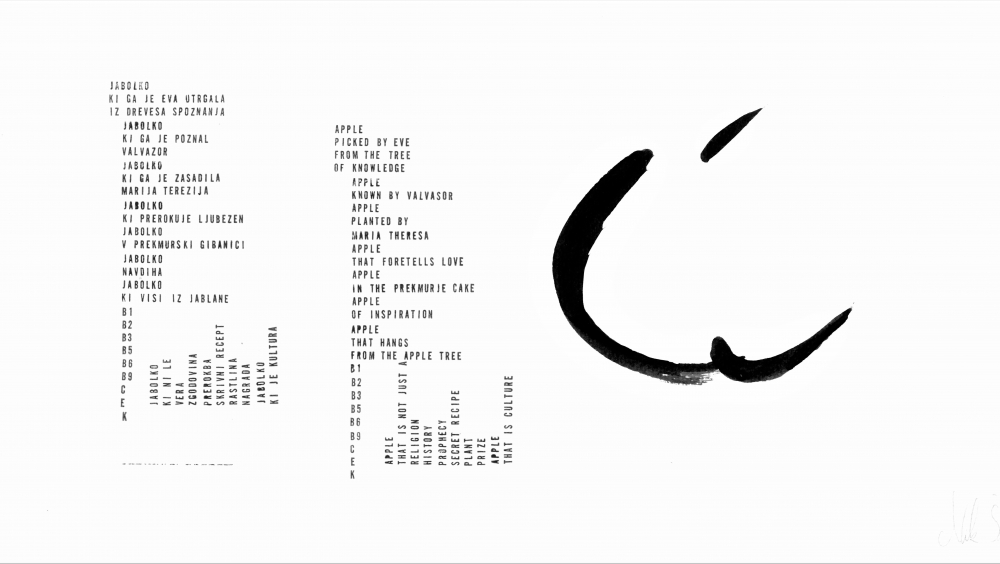 
Workshop: Dishes in Slovenske Konjice during the time of Paolo Santonini

In the historical-humanistic workshop titled Jedi na Konjiškem during the time of Paolo Santonini and other historical figures. The work was divided among the second year students. Some of the students were searching for written sources; all of them participated in a group debate about the theme of the workshop. For the closing ceremony, which took place at our high school at the end of the European Cultural Heritage Days we also prepared a digital presentation of the activity with written historical sources and artistic presentations of the dishes from the time of Paolo Santonini, Maria Theresa and Janez V. Valavsor. A part of mentioned presentation was also a contribution of a student Nik Škorjanc, who prepared an original artwork based on their group debate and other sources provided by other students, named ˝Jabolko navdiha˝, made with special technique and filled to the brim with symbolism.

Nik specifically volunteered to contribute with this artwork.

My work named “Jabolko” , translated into “Apple” illustrates the importance of this fruit, which is not found only in our religion, history, customs, food ... but also, and above all, in culture. In the poem, an apple can present the symbolic meaning of any food, method of food preparation, eating culture ...

The apple, as the most basic form of nutrition, ripe and ready to eat, is placed in the poem as the “roots”, the very beginning, according to the Christian faith, the creation of the world, when Eve picks the apple from the tree of knowledge. Thus, we can see that food is also linked to religion and is symbolically linked to the emergence of man since he cannot survive without food. The apple not only appears in the Christian faith, but is also a symbol of love, fertility, and eternal youth in Nordic mythology and other religions around the world.

The two central historical figures in the work are also not chosen randomly. Valvasor, in his most famous historical work, The Glory of the Duchy Carniola described more than a hundred varieties of apples, and Maria Theresia was the first to start large-scale plantings of apple trees. Orchards were also found in monasteries, where apples were grown for dessert after the monks' lunch.

Red and green fruits have also historically been used to foretell love.

I certainly could not leave out the most famous Slovenian masterpiece, Prekmurska gibanica, and the Slovenian prize, the Apple of Inspiration.

The bilingual painting Jabolko is painted in word art technique. It is created with a stamp, in which the letters are individually inserted with tweezers and ink. The text itself is ornamented with an icon of an apple, which was created through my study of its shape.

The work is a part of my series of paintings, which aims to evoke in people a unique ability to think, so I can say that they are understood and perceived differently by each person depending on time, place, and circumstance. The pictures in the series allow us to reflect on our role in the world, our behaviour in society, difference, culture, and, ultimately, ourselves.