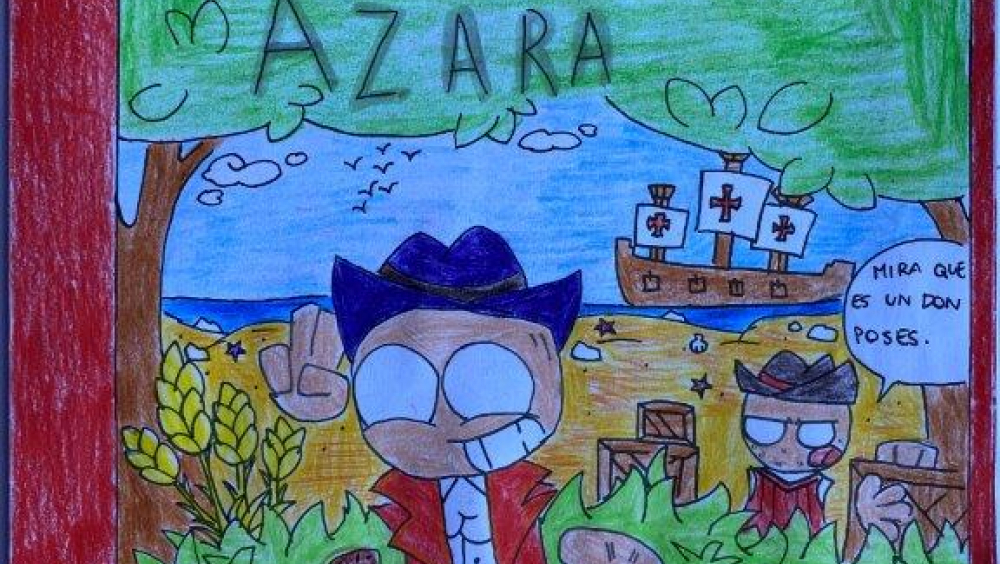 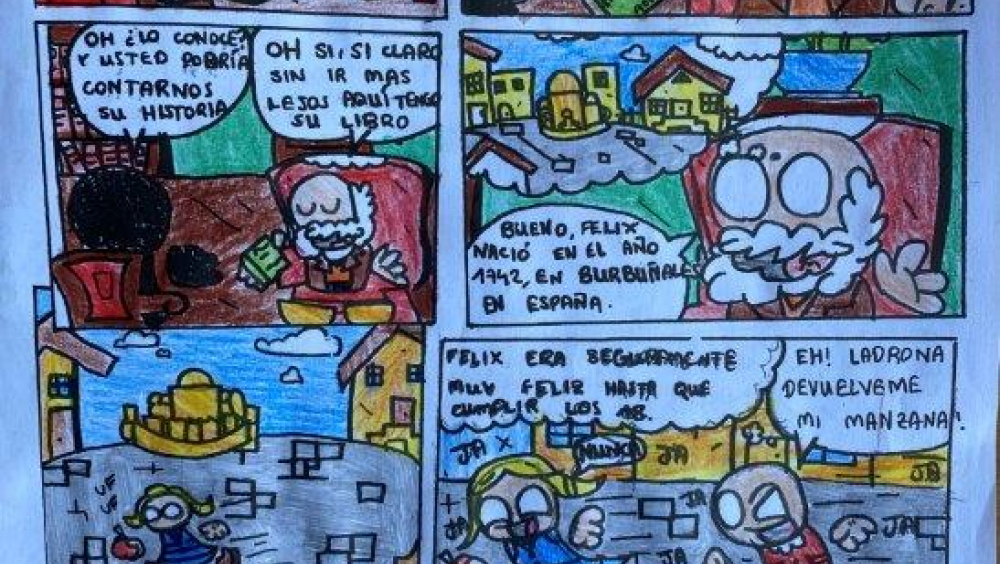 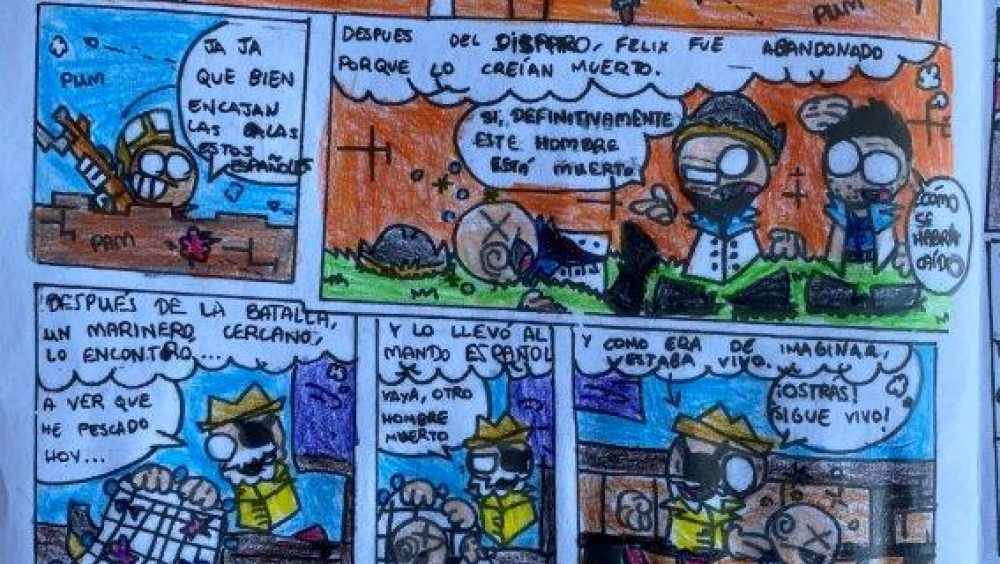 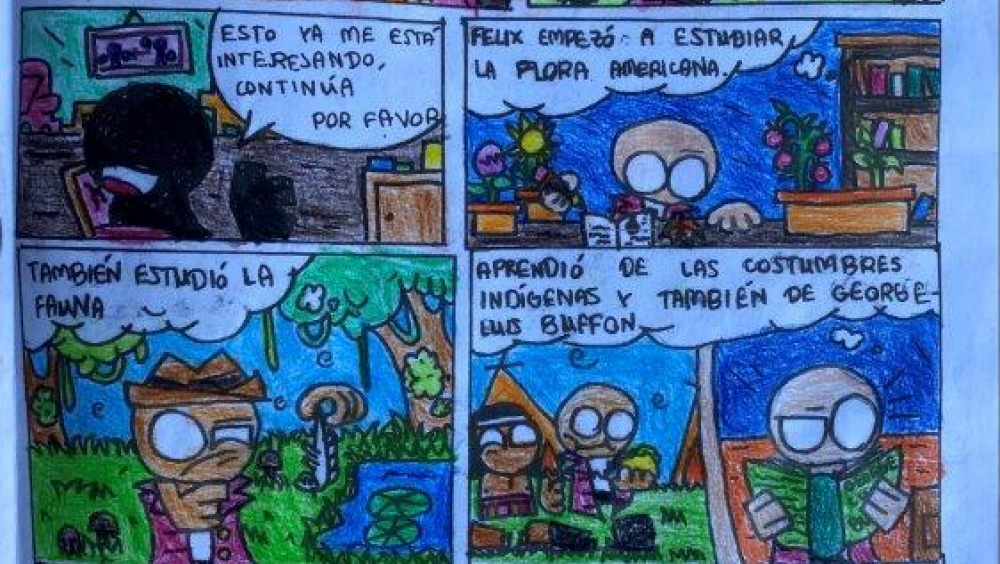 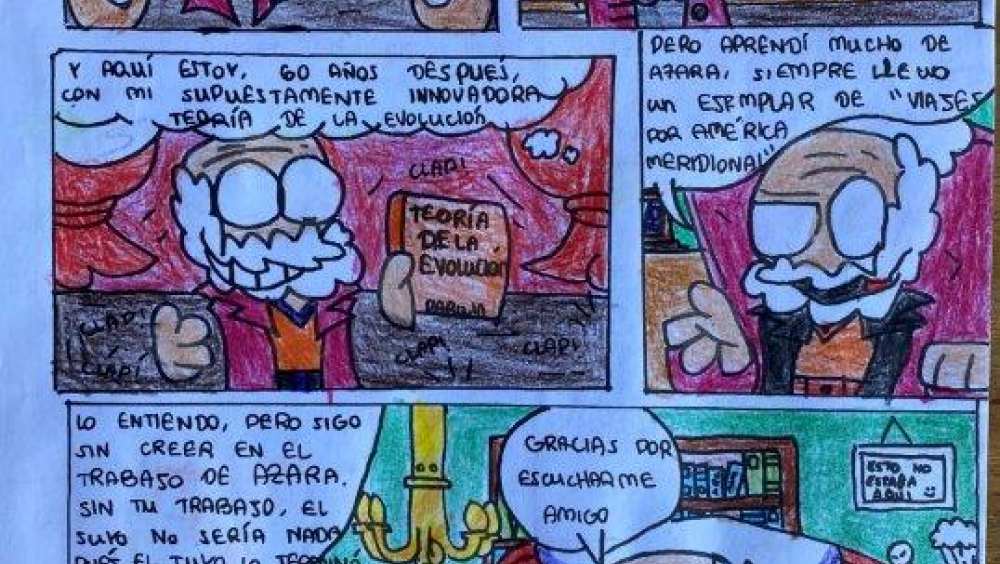 
A team composed of 12 and 13 year old boys has got together to represent Felix life in a comic book, trying to bring his life to common knowledge. The boys were really proud of the scientific work that their homeland fostered between the XVII and XIX century and the heritage that was left behind for all the world to benefit. As an example they chose the life of Felix de Azara, a Spanish military officer who was sent to South America to investigate a border dispute with Portugal in 1777 and spent 20 years travelling through that part of the world. During that time, he recollected much information on the nature of the region and was able to document hundreds of new animal (birds, mammals and reptiles) and vegetal species. His works were published in several books that received international praise and were quickly translated into French and other European languages. Several of the species he discovered were named after him (the Azara’s night monkey, the Azara’s spintail and others) but his name has somehow fallen into oblivion by the general public (naturalists still use Azara as a reliable source in many fields). Many scientists built upon what was developed by Azara and they mentioned him repeatedly across their works (e.g. Darwin himself mentions him as a relevant source in several of his books) and the team wanted to reflect this on the work they are presenting. The comic book that has been prepared goes through Felix life as explained by Darwin during an interview.