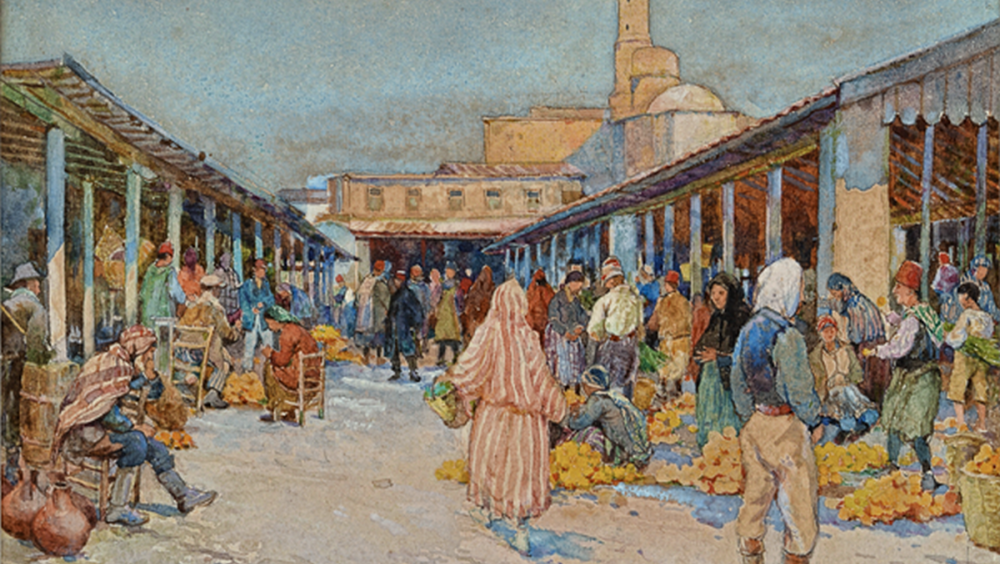 CVAR: A route to our shared cultural heritage


This is the story of the Centre of Visual Arts and Research (CVAR), a museum and research centre in Nicosia, with the mission to showcase the diverse cultural heritage of Cyprus both locally and internationally but also to make use of cultural heritage as a resource for promoting cross-cultural understanding, active citizenship and reconciliation among all communities of Cyprus. CVAR houses a collection of paintings, costumes, memorabilia, books, as well as an archive of documents, diaries and photographs many of which are works by travellers who visited Cyprus between the 18th and 20th century. Education, awareness-raising and appreciation for cultural diversity are one of CVAR’s core values and an important aspect of all its projects and activities. With a special focus on educational programmes directed to school children but also bi-communal tours and activities bringing both Greek Cypriots and Turkish Cypriots in contact through their common heritage, CVAR aims to demonstrate the value of culture, both tangible and intangible, to a diverse society. Its story is one of bridging the divide, bringing communities together, inviting locals, visitors and the whole of Europe to discover and embrace cultural diversity from the past to the present.


Education, awareness-raising and appreciation for cultural diversity remain one of CVAR’s core values and an important aspect of all of its projects and activities. The multicultural character of Cyprus, from a historical and modern-day perspective, offers a unique opportunity to showcase the importance of cross-cultural understanding in promoting peaceful co-existence and unity within diverse societies. The perspectives and histories CVAR presents, also demonstrate how the mobility of people across borders and seas has shaped our modern-day cultures and how our sense of belonging and sense of identity emerge from a history of movement and cultural exchanges that make us each unique but also inter-twined. With all this in mind, CVAR has aimed to present cultural heritage, both tangible and intangible, as a valuable resource to society. The instinct and curiosity to discover one’s own culture and heritage, whether it be through cultural tours, museum visits or increasingly through online platforms, comes with an opportunity to open up to new perspectives and to encounter each other on the way. By creating this link between heritage, culture and history and by enabling the use of cultural heritage as a resource for education, CVAR has aimed to demonstrate the role of culture in empowering communities to communicate, share a love and pride for their common heritage and become more invested in active citizenship. While maintaining a strong community focus, we believe it is also important to have a broad scope in our outreach and to create spaces and situations that can be shared between the local communities and visitors to the island, as well as promote cross-cultural cooperation across Europe and beyond. With remnants of so many cultures, from the Phoenicians and Ancient Greeks to the French, Venetians, Ottomans and the British, Cyprus and its history invite people of diverse nationalities to explore and discover traces of their own cultural heritage.