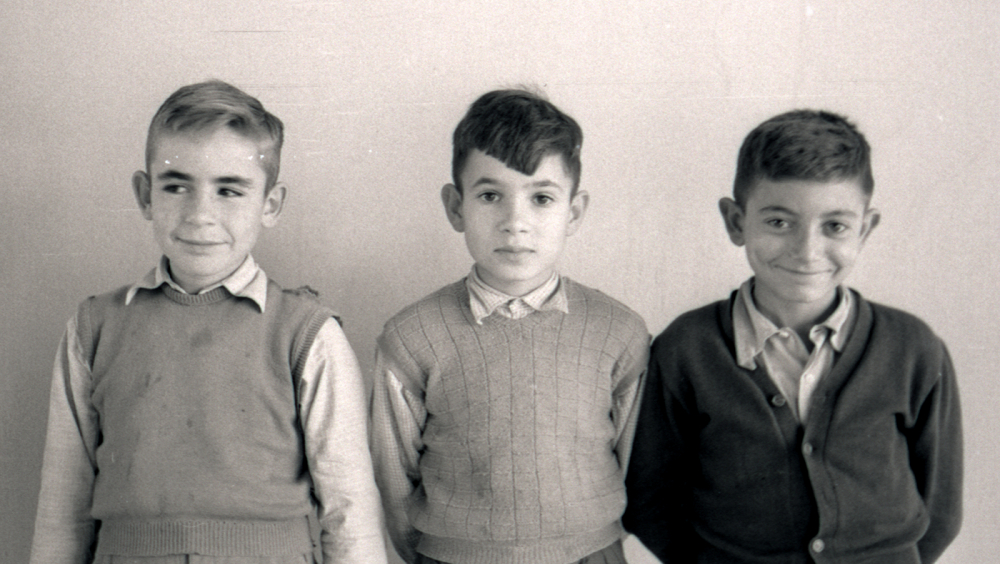 
Words by Light is an oral recovery memory project through old audiovisual archives of the Puerto de Sagunto Company Town (Spain). The project intents to put voice on the photographs by those who were direct or indirect protagonists of them. Among several voices, they mingle and merge into a single collective memory symphony that will be the result of the combination of memories, dreams and shared experiences in time and space by a group of individuals. This new voice will become all voices and none at the same time. The resulting story is as necessary and valuable as inaccurate and unrealistic. Beyond the description or historical-social contextualization, the goal is to influence the experiences of lost paradises or rediscovered, expectations and unfulfilled promises. An essential element of this kind of projects is the participation, since the story narrated by its own protagonists takes us away from the methods of historical analysis and values ​​the experience narrated in the first person. Furthermore, these first-person stories are a very powerful teaching tool, especially for new generations, to facilitate and complement their understanding of the recent history to face future challenges. Currently, participation and education are the key tools for the construction of the New Europe, so it must be addressed from different fields of study and reflection spaces.

Girls in school classrooms, apprentices in the section of machinery, blast furnace workers ... all "producers", all children in a Company Town. A steel mining company built in the early twentieth century on the beaches of Sagunto, who set a city with social care programs for their workers. Houses, schools, hospitals, churches or commissary offered the friendly face of a tight control system that determined the ties and social relationships between the workers' village and factory, two complementary realities, where the worker renounced his desire to satisfy the desire for the domination of the factory, and this required the worker to be recognized as a subject. The factory was erected as a mother and father of all of them. It nursed and educated them, and imposed its productive life cycle of producers. This is the story of Miguel, Vicente or Balbina. A story of dreamers, pioneers, unsung heroes who shaped their lives from iron, smoke and paternalism and almost always has been narrated through the eyes of the factory. The company built his story, the producers’ story, so that he was upset and became a link in the production chain, in a human being abandoned his gear. The image of harmony and prosperity of this industrial utopia hid labour disputes and strikes but also silence the pain, human fractures, unrealized dreams or the evolution of life itself. It fixed that image, functional and mechanical created a collective imagination, which reinforced the sense of community, of belonging to a "whole", but devoted itself to oblivion individual voices. This anonymous hero emigrated to Puerto de Sagunto at the age of 8 years since his native Andalusia. His mother and father were olive growers. There were times of rationing, hardship, pain ... it was a time to forget mourning the war, dead and strive to create a future. Then, they came to a gray town, obscured by smoke from blast furnaces that never stopped their activity, but it offered a draft orchestrated life that it left little room for improvisation or individual and our anonymous hero was willing to meet in return the welfare and promised progress. At the age of 14, he began his preparation for the entrance examination at the School of Apprentices. He trained for four years in different steel works, which would make him a producer of the Altos Hornos of Vizcaya. It began as the 3rd Officer in the Blast Furnace No. 2 and in few years, he reached the position of Team Leader. His days revolved around the steel industry: work, leisure, friends ... the factory was the bond of social relationships and guarantor of their life project. However, that sort of utopian island industry had to face his worst nightmare: the death of the plant. At the beginning of the eighties, a period of industrial restructuring in response to the economic crisis of the seventies opened, and the anonymous hero, now a parent, had to face the harsh reality of losing his job. He suffered in firsthand the evolution of economic liberalism and sociopolitical and cultural vicissitudes of the last third of the twentieth century. He starred in the struggles of the working class. He fought and lost. And, at that moment, he became another victim of the fierce industrial capitalism, he had to assimilate that their "everything" had come to an end, and for the first time in his life he wondered: Do I forgot to live? It is high time that civil society is able to develop a discourse that can address the trauma of the conversion by recovering the social history of a key period of capitalist society. In the process of imagining the "Next Europe ', personal experiences deserve to be retrieved and shared as part of our recent history. Thus, they may serve as a benchmark inspiring new generations to the challenge of building a fairer, more balanced and sustainable new coexistence framework. Words by Light provides an opportunity for these pioneers to add their individual experience to the already known story experience and to complete the inherited collective imagination, leaving in the background the historical accuracy to give prominence to the emotions and experience.


This project aims to tell the story of all those who were protagonists of the Industrial Revolution, regardless to the country where it was developed. The Town of Port Company has many social similarities with other European industrial developments: a working class neighbourhood in Manchester was very similar to one of Vizcaya. Struggles and parallel tracks formed the history of the European working class, a class that, despite their vulnerability, was able to build new ways of fairer and sustainable coexistence. Design and construction of the Next Europe needs the experiences of parents and grandparents to guide and empower new generations. The experience can help us to strengthen universal values ​​such as democracy, equality, justice, respect or even love.