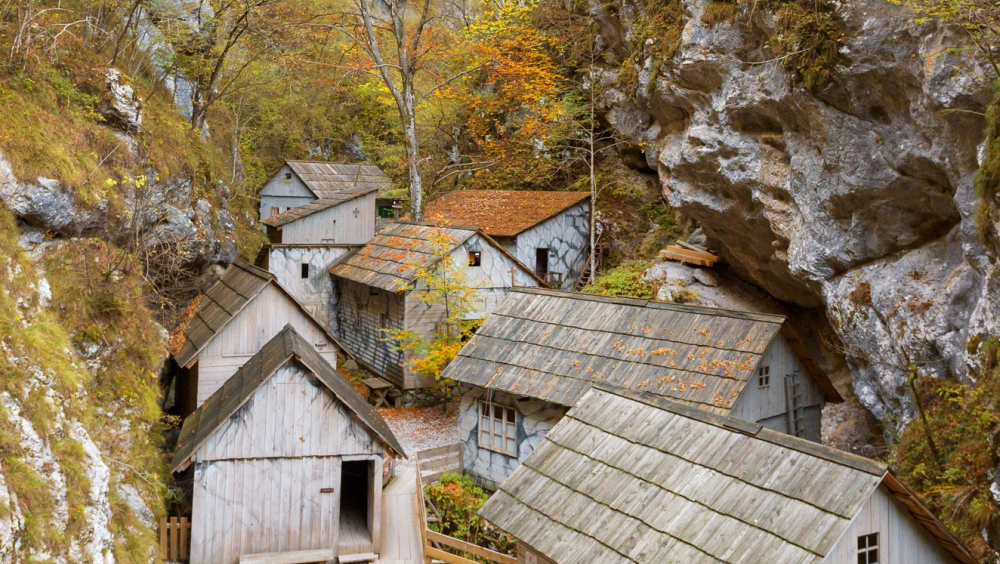 
The makeshift partisan hospital, built during the World War II in a remote gorge in the Cerkno region in western Slovenia, tells the story of courage, humanity and solidarity. Its heroes are ordinary people who left the safe havens of their homes to fight for peace and freedom. Their victims and suffering are the building blocks of today’s connected and democratic Europe. The Franja Hospital is now a place of memory carrying a significant symbolic value and encouraging the awareness of the importance of tolerant coexistence, reciprocal understanding and peaceful collaboration among European nations. “A hidden gem in Slovenia” was the comment of a visitor from the Czech Republic.


During the raging war when life had no great value, the hospital staff adhered to a high ethical code. The Franja Partisan Hospital is a remarkable example of medical treatment in extreme circumstances and a symbol of humanity, solidarity, and camaraderie among the locals, the hospital staff, and the wounded soldiers of various nationalities who fought against Fascism and Nazism during World War II. Due to the important role it played in Europe’s history and culture, the European Commission awarded the Hospital with the European Heritage Label. The Hospital is a monument speaking to visitors of all generations and nationalities as it encourages the awareness of the importance of tolerant coexistence, reciprocal understanding and peaceful collaboration among European nations that wish to preserve and develop their own as well as their shared identity. In the book of impressions, two Italian visitors wrote that coming to Franja is “a strong experience that takes us back to the roots of all Europe”.