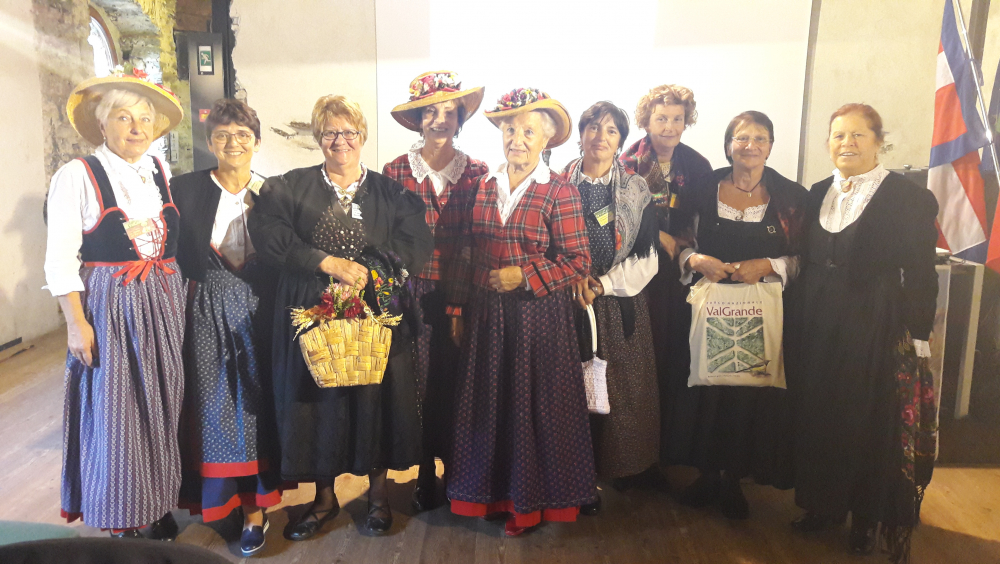 Commonlands: a history of community participation

Commonlands. Cultural Community Mapping in Alpine Areas is a story of communities involving 10 small alpine municipalities of Val-Grande-National-Park, an alpine Italian area bordering on Switzerland. Started in November 2016, people of these communities believed that it woul be possibile to activate local mountain communities in co-designing and managing cultural and touristic initiatives, enhancing local tangible and intangible heritage. Some little active inhabitants involved more than 250 in a community mapping of the most identity and significant cultural assets of their communities, producing the Commonlands Map and 10 single Maps of their territories. The Maps have been the grounds for new experimental experiences aiming to collect memories and contents from the past of the communities, giving them visibility through an innovative digital-storytelling, experimenting community-based touristic initiatives in order to stimulate dialogue, sharing, collaboration between inhabitants and istitutional actors. The initiative has become a permanent process of awareness-raising and activation of communities in a logical of a sustainable local development and it is still running

Commonlands. Cultural Community Mapping in Alpine Areas is a cultural community-based route involving 10 little communities of Val-Grande-National-Park, in the Verbano-Cusio-Ossola Province, an Alpine Italian area in the Piedmont Region bordering on Switzerland, living in small traditional mountain towns and villages. The local communities began to be involved in cultural meetings and started to familiarize with tangible and intangible cultural heritage, cultural identity, preservation, enhancement and promotion, sustainable development, raising awareness of the role that every single person of a community has in preserving local heritage. Engaging different local actors and stakeholders in planning the future of their cultural heritage and encouraging synergies and collaborations among associative networks, the objective is to activate communities to plan cultural and touristic initiatives to enliven the territory, stimulating creativity and new proposals. At the same time, communities realized the importance to preserve the memory of the past inhabitants and workers and their culture, collecting various contents stored in a digital community archive. This route started in November 2016 and actually tried to start a permanent bottom-up process to enable local communities to set up a community-based entity to manage their cultural heritage and landscape autonomously. The initiative moved forward subsequent implementation stages. After a period of research and planning, was a community mapping of the identity assets of the cultural heritage of 10 communities, involving 135 inhabitants with different ages and backgrounds. Month by month the participation increased and the mapping engaged 250 people. As a result, 1 Commonlands community map and 10 Parish maps were produced, hand-drawn by a young illustrator. The maps can be seen in their interactive version on the website www.comuniterrae.it. In parallel with mapping, the initiative included experimental cultural initiatives planned, managed and realized with local communities. In order to collect the memory of Commonlands, the initiative got on with a collection of interviews, images, videos, documents and other contents shared by the inhabitants, incorporated in a Digital Archive. Moreover, communities were involved in planning and directly managing, as guides, a tour of Community Walks in their territories, showing the most identity assets and talking about personal stories, dedicated to the 10 engaged communities so to facilitate knowledge-sharing and dialogue among the inhabitants. Other experimental cultural and touristic experiences are planned until July 2019. The results at today are: 250 inhabitants from 10 communities working together with shared aims and objectives; 60 meetings (public presentations, workshops, focus groups, etc.); 1 Commonlands community map; 10 single maps of the 10 communities; 1 website – www.comuniterrae.it or .com; 1 collaborative digital archive of historical photographs and other contents; 1 community maps exhibition; 11 community walks with over 450 participants in 2018 and 15 community walks with over 1.000 participants in 2019; 10 seminars, presentation of commonlands in local, national and international meetings, as a sustainable development pilot project potentially reproducible in other Alpine areas. The initiative had a positive impact on communities, cultural heritage and the context. Through various activities, the communities awareness about their role in preservation and promotion of local heritage raised and it is still raising. They are working together, knowing each other and sharing experiences and visions, giving everyone the opportunity to contribute and play an active role in planning the future local development. The attention of local, regional and national actors and stakeholders on Commonlands heritage is increasing, and the digitization of memories and photographs lets the territory and its heritage virtually be known by everyone. The local tangible and intangible heritage takes benefits from the increased awareness and greater respect that people have, as well as from promotion initiatives. It helps to promote economies of scale in the cultural heritage management, supporting “local actions” to face globalization and to stimulate effective and long-term responses to global challenges. The initiative was included among those approved for the European Year of Cultural Heritage 2018 and won the EUROPA NOSTRA AWARD 2019 All the activities carried out within the commonlands communities were positively assessed by the Piedmont Region for the purpose of launching the procedures for the establishment of the Ecomuseum of the Middle lands of the Val Grande Park, managed directly by the communities involved in association. Local supporters like Ars.Uni.VCO Association and Parco Val Grande are taking steps to set up a third party subject managed directly by the inhabitants of the communities involved


UE and European Nations having territories in the Alps in 1995 signed an international Convention containing general measures for the sustainable development in the Alpine region, called “Alpine Convention”. Aware that the Alps are a unique area, constituting the living and economic environment for the indigenous population and threatened by various natural and human factors, the Convention aims to stimulate cooperation between Alpine regions and nations working on common projects. The Convention focuses on various issues: climate change, biodiversity and landscape, green economy, sustainability, tourism, people and culture. The “Population and Culture” Declaration sets out aims and principles to implement, as: • Community Awareness and Identity for the maintenance of the cultural uniqueness of Alpine environment • Cooperation within the Alpine Area and Between Alpine and non-Alpine Areas, encouraging dialogue, cooperation and of knowledge-sharing • Transparency and Participation, recognizing the significant role of civil society in promoting sustainable development in the Alpine area • Cultural diversity, researching, maintaining and developing the existing physical and nonphysical cultural heritage and traditional knowledge • Creative and artistic activities, Supporting artistic creation in all its forms