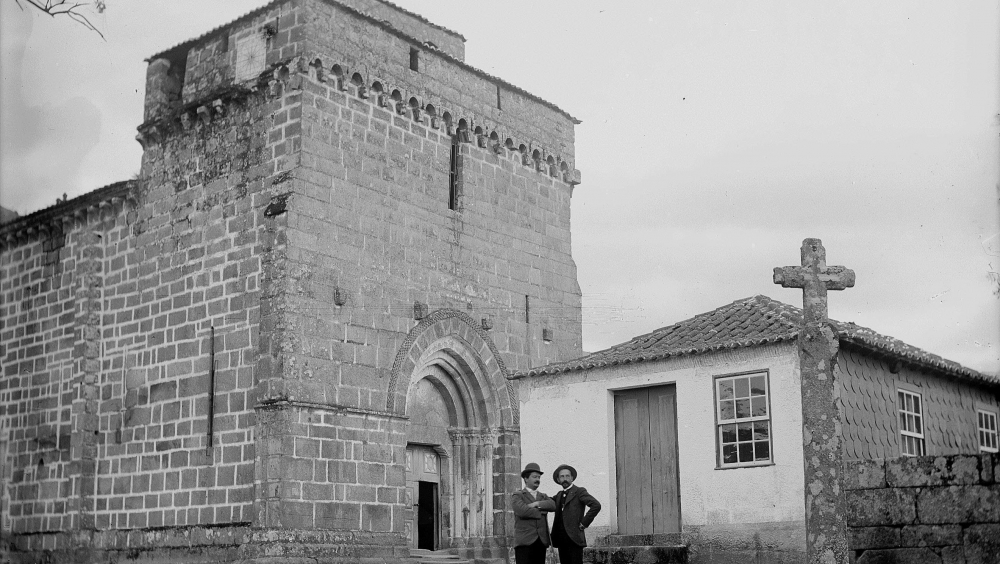 
A CARER is a person who not only takes care of, but also cherishes, protects and respects whatever it is responsible for. Considering these precepts and after examining the testimonies of the HERITAGE CARERS along the Route of the Romanesque, we found an interesting coincidence between these people. The vast majority of the CARERS share similar life stories with regard to their baptisms, communions, weddings and the religious life of their children and grandchildren. Most CARERS started carrying out their tasks at a very early age, as is the case with little Beatriz who, at 10 years of age, accompanies her grandmother, 'Dona' Glorinha, when she is taking care of the Church of Saint Vincent of Sousa, in Felgueiras. CARER, in these cases, goes far beyond the etymology of the word. In each face, in each personality and, we can add, in each soul, there is a sense of belonging and dedication, almost as if these people were cornerstones of the churches, keeping them upright. The fact that their grandparents' grandparents, their parents' parents, also performed the same, or similar, duties leads these people to carry out their tasks with pride, dedication and commitment, as a way of honouring their ancestors. Times are changing: these CARERS' stories will eventually be lost. Now, the CARER's children are taking on their own roles. This leads us to reflect on the importance of these HERITAGE CARERS and their continuity.


Heritage commemorates and symbolizes social integration. This integration obviously has a European dimension that spreads the ideals and history of a people. The main goal of the story Heritage Carers is to reflect on the importance of these carers and their continuity. Preserving all their rights, these testimonies value, promote and sustain a European historical legacy.