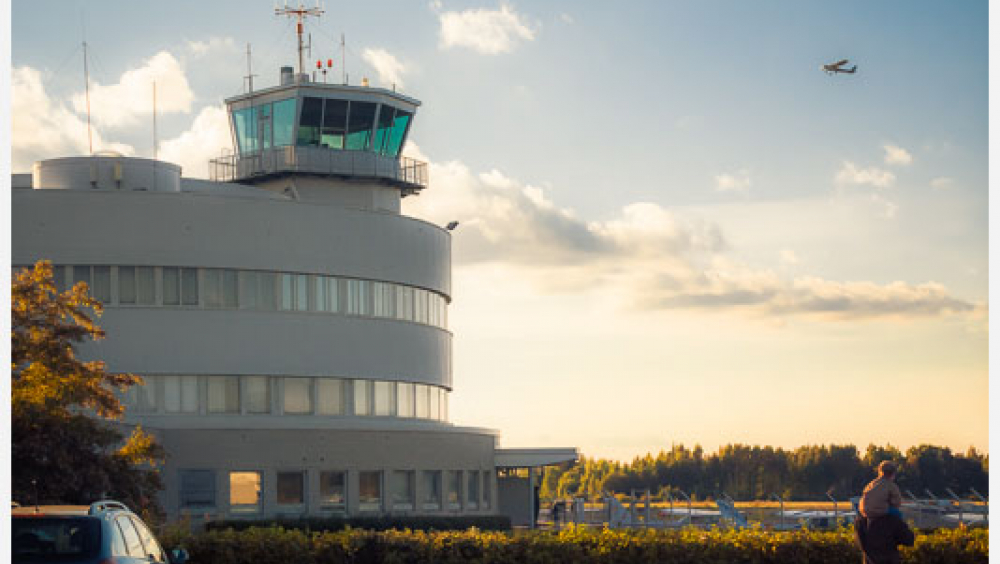 82 years flying from cultural endangered Malmi airport to the world

The multilanguage online exhibition presents design work carried out by Alvar Aalto's Architectural Office for Aero Oy and Artek's Drawing Office for the Civil Engineering Board. Numerous foreign trips made by Alvar Aalto and the architectural influences he has received from them have not been forgotten.

Helsinki-Malmi Airport with its buildings was introduced in 15.5.1938 inaugurated ceremony. Alvar Aalto's Artek participated in the decoration of the administrative building when it was opened for the first time and later after the wars; 1947-1948.

In 1952, workers in Vantaa's new airport needed housing and decided to build them near the airport. The resulting Aero residential area was less than planned. Salary to Aalto was partly paid as airline tickets.

Alvar Aalto's travels have been used as sources for various documents from the Aalto Office. Aalto's many journeys reveal four travel routes. They are fictitious, but all are based on journeys made.


In 2018, it will be 120 years since the birth of Alvar Aalto and The inauguration of the Helsinki-Malmi airfield took place on May 15, 1938, which is the occasion of the 80th anniversary of Helsinki-Malmi.  In honour of the occasion the Friends of Malmi Airport Society will be putting on cultural event along with Helsinki Fly In 25.5-27.5. and the online exhibition in a co-operation with Alvar Aalto Foundation, which will be translated to several European languages. According to Europa Nostra’s international team of experts, Helsinki-Malmi is the best-preserved of the three early airports that still remain in aviation use in Europe.  European cultural heritage site and exceptional also in still being a busy site of industrial heritage: “It combines the quality of Finnish modern architecture with one of the very first international airports that is still intact.”