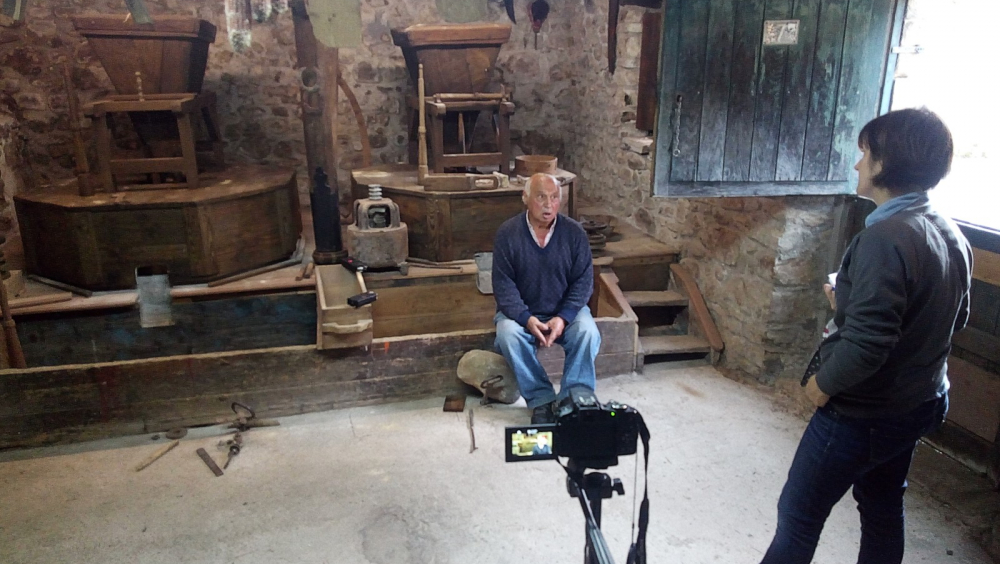 A tale of a river


The Asón river has shaped our lives for centuries. However, the bonds between the elements of heritage left by the river and our personal stories and shared history are becoming weaker and weaker. The LAG Asón-Agüera-Trasmiera has engaged in the task of reversing that trend: encouraging children to observe and draw, listening to and recording the elderly tell their own stories of life by the river, promoting direct knowledge by walking, telling and listening… all these actions, focusing on people, have planted a seed that we hope to be able to water in the years to follow.

Water has always been an essential part of humankind’s history of survival. Water availability defined the places we moved around and settled in, the food we gathered and cultivated, the artifacts we produced. Rivers played, and still play, an essential role in our lives: looking at a river course from close, one can spot details that will help elucidate the multiple stories told and lived by the people who for centuries have lived by that river. However, in our days, oblivion has often erased the traces left by our ancestors or, when not, we have forgotten how to hear what they have to tell us. The ability of heritage elements to connect with our intimate selves and with a shared story is getting weaker and weaker as our everyday lives (only apparently) move away from the rivers as a provider of basic goods and services. The Asón river is no exception. The Local Action Group Asón-Agüera-Trasmiera, back in 2008, commissioned an inventory of the industrial archaeology linked to the Asón river basin, which included many water mills, but also bridges and footbridges, lavoirs and other washing places, river port infrastructure, water-powered forges, factories, mining sites, railway stations, watering places, aqueducts, tide mills, etc. Ten years later, in 2018, the “forgotten heritage of the Asón river” was the main focus of a small but ambitious project, whose main target were the inhabitants of our villages. Many of the above-mentioned elements were located on a map available online, but the most exciting activities where those that involved the direct participation of different kinds of stakeholders. Children spent a day learning to observe their local heritage and to capture it in drawings, supported by two art and education experts: a book and several exhibitions were produced. Amateur and professional photographers took splendid pictures, among which three were chosen as the best in an ad hoc photo contest. Local inhabitants went for walks along the river at several locations and, although they were guided by local natural and cultural heritage experts, many of them took a leading role in explaining facts and telling stories. This was the case of, among others, old workers of an abandoned factory. Finally, perhaps one of the most touching actions of the project was the participation of several key stakeholders in a series of interviews. Many of them were elderly people who shared their most cherished memories regarding their lives and work by the river, and fragments of many of these interviews can also be seen on the project website. What comes next? Well, we are convinced that a sustainable future in our villages requires that the (weak) bond that still exists between heritage and people does not break, but becomes stronger and full of meaning. As a Local Action Group, we are doing our bit to succeed in such a stimulating task, including the organisation of the European Heritage Days in 16 of our villages since 2018, with a considerable participation of local inhabitants who wish to get to know better the heritage that surrounds them and often goes unnoticed. (But, hey! We’ve even had pilgrims from other European countries joining some of our visits, given that several of our villages host parts of the “Camino de Santiago”!) We hope to be able to continue down this path, becoming one of the possible channels through which stories shared between humans and the river are told, and providing a springboard for those stories to jump into other waters and find similar people living by similar rivers throughout Europe.


The story’s European Dimension is present in aspects such as the people-centred activities (local stakeholders, including children and elderly people, are the main characters), the links between heritage, history and culture (one of the objectives is to register and share the role heritage played in people’s lives and work, but also to stimulate today’s cultural interests) and the vision of cultural heritage as a resource, as we believe it is a powerful tool to shape our villages’ sustainable future.