Many of the countries taking part in European Heritage Days 2022 will hold their programme of events this month. One of the first to start is Cultural Heritage Days – Kulturminnedagene – in Norway, which is the country’s largest festival of history and culture. Events are run by a range of government municipalities, private owners and cultural organisations and attract around 50,000 visitors to 300 events each year.

Cultural Heritage Days in Norway launched last week and will run across the week. The 2022 theme for the country’s events is ‘Driving Force’ which coincides with the country’s ‘Year of Volunteering’ and aims to showcase the importance of volunteers in ensuring cultural heritage, knowledge and vibrancy is kept alive, as well as celebrating the work of local associations and teams in helping to repair, restore and manage cultural monuments. The launch event on 3rd September took place in Bygland and featured the opening of a new archaeological exhibition, followed by a conference of distinguished speakers discussing cultural heritage topics. UNESCO listed folk song, dance and music on instruments such as the fiddle and harmonica from the Setesdal region also featured throughout the day. 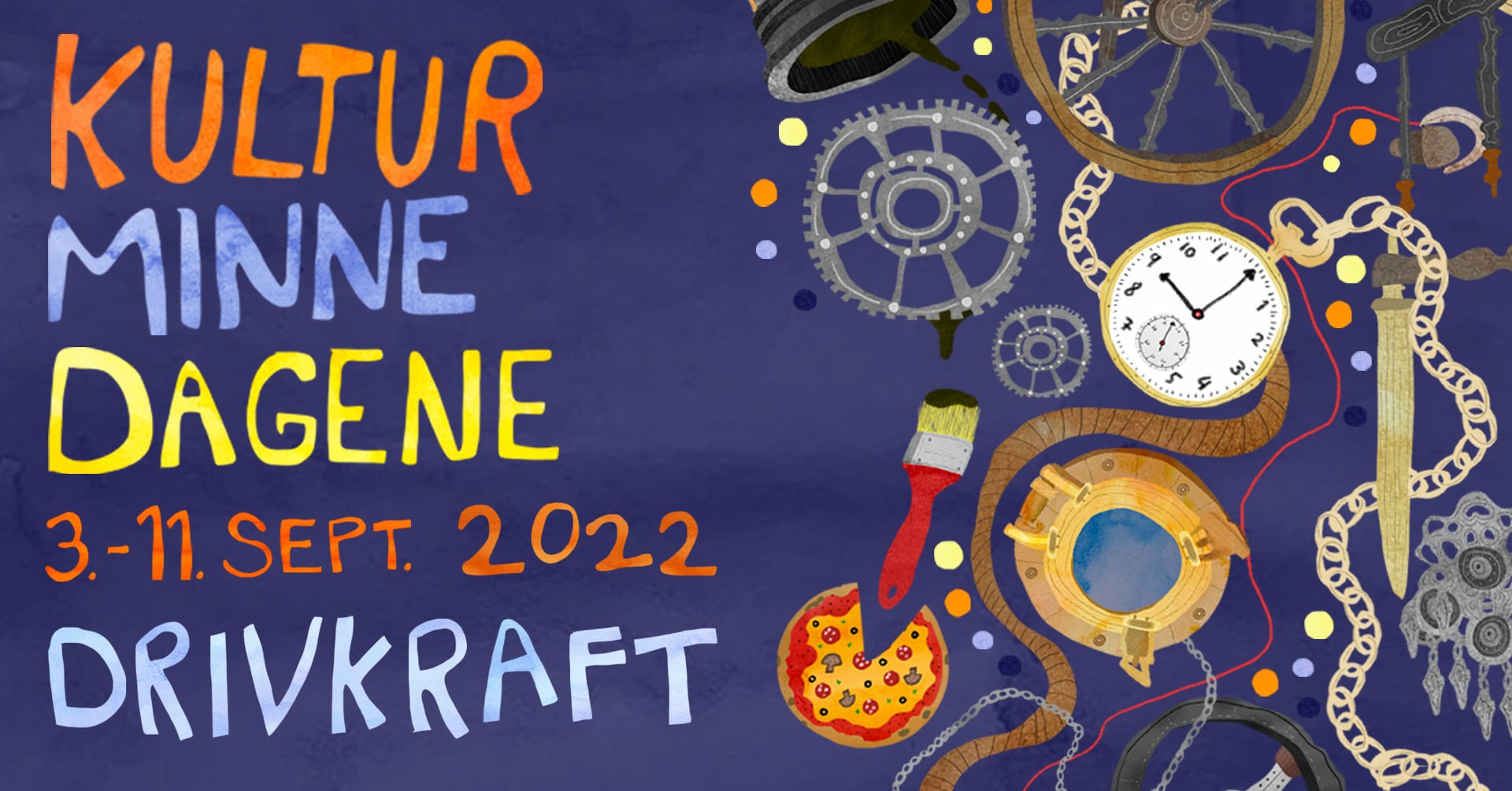 The new exhibition of Bygland gold

The launch day started with the opening of a new exhibit about the discovery of a bag of historic gold objects which were found on a nearby beach nearly 190 years ago. After an introduction by the Chair of the Working Group for the Exhibition, attendees were welcomed by the Mayor of Bygland before the exhibition was officially opened and the gold findings presented by representatives from the Museum of Cultural History in Oslo.

The discovery being showcased by the exhibition is a collection of 33 gold objects, including payment rings and jewellery weighing around 250g which was found by a group of farmers in 1833. The gold is dated to around 400AD and designed using Nordic patterns and motifs. The gold’s significance comes not only from its age and beauty, but also as the collection has been described as a ‘one of a kind’ find in Norway.

After finding the gold, the farmers contacted the local Sheriff and Vicar and the objects were initially sent to the Ministry of Finance. They were later transferred to Oslo University's Antiquities Collection – now the Museum of Cultural History (KHM) – and while the gold has been on view there, this new exhibition is the first time the gold has been displayed anywhere else. The exhibition was made possible by a collaboration between the KHM and the local municipality which applied for a loan of the gold and located a secure exhibition space in a bank vault in the centre of Bygland, allowing the gold to be displayed in the area where it was discovered. It is hoped that the exhibition will further public understanding about the area’s cultural heritage as well as highlighting the Museum of Cultural History’s work.

To place the Bygland gold discovery into a wider context, the launch afternoon saw a European Cultural Heritage Conference on the theme of ‘Continuity and Tradition: Knowledge and Inspiration from History’. This included a segment addressing the scientific perspective of the Bygland gold, including a look at the original archaeological work and archival records as well as placing the finds in a historic framework showing the connections between Bygland, wider Norway and Europe.

Other speakers and officials present included Vice President of Stortinget, Svein Harberg, the Ambassador of Ireland to Norway and the Deputy Mayor of Agder County Council. The keynote speech was given by the Chair of European Heritage Days at the Council of Europe, Alma Kaurāte. The speech looked at how European Heritage Days aims to raise awareness of the cultural diversity of Europe and encourage cross-border initiatives while also praising local organisers across Europe for creating events for their local context and encouraging the participation of young people.

Cultural Heritage Days in Norway runs until 11th September with a variety of events across the country, including the exhibition about Bygland’s gold which can be seen throughout the festival and up to October 1st in Byglandstunet. During Cultural Heritage Days, the winner will also be announced for this year’s Cultural Heritage Award which is given to the organiser which contributes to the understanding and commitment towards cultural heritage and best makes it available to the public.

Events celebrating this year’s volunteering theme include a special outdoor photo exhibition in Frosta highlighting the history of volunteering and its role in preserving historic buildings in the area, while in Øksnes a display of vintage engines will be the basis for a metaphorical look at people as the ‘engines’ in voluntary teams and associations and examine how they work. Other events include family-friendly culinary demonstrations of baking and frying in the Almskårstua smokehouse in Nordmøre, a workshop teaching sewing techniques for repairing or upcycling clothes at Larvik Library and a guided hike through Østerland to learn about the salmon fishing traditions of the area.

The full programme of events taking part in this year’s Cultural Heritage Days in Norway can be found at kulturvern.no The events can also be followed on Instagram at @kulturminnedagene and on Facebook at @Kulturminnedagene.

All events during this year’s European Heritage Days or mentioned in this article may be subject to change or cancellation due to public health regulations. All participants should follow any Covid-19 guidelines and restrictions for their area and circumstances to allow everyone to enjoy events safely.